Every year I try to expand Yale’s access to digital resources pertaining to Russia and Eastern Europe. These digitized collections of print and media resources not only save researchers time with keyword searching and cross-referencing, but also provide easy-to-use teaching tools and publication-ready images. Feedback from Yale students and faculty is essential for selecting appropriate additions to our collections, so please take a look and get in touch with me with questions, comments, and expressions of support (or not!) regarding the potential purchase of any of the products on trial. They are: 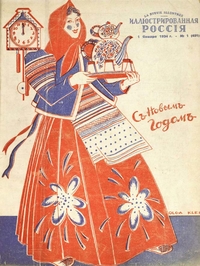 Illiustrirovannaia Rossiia Digital Archive - Illiustrirovannaia Rossiia (La Russie Illustrée), was a weekly literary-illustrated magazine, published in Paris in 1924-1939. Targeted at Russian emigres living abroad following the October Revolution and Civil War, this lavishly illustrated and (anomolously for the time) apolitical periodical was host to significant literary and cultural content by some prominent writers of the day. The archive is full-text searchable and features full-color reproductions of each original issue. 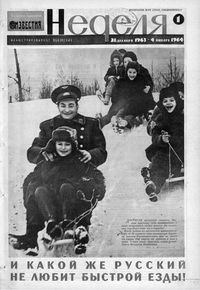 Nedelia Digital Archive - Nedelia (Week) was originally published as a supplement to the major newspaper Izvestiia, and then quickly grew in popularity as an illustrated newspaper with a cultural and literary focus. Its popular features included prose, photo essays, and celebrity interviews. The archive is full-text searchable and contains full image reproductions of each issue. The archive runs from 1960-1999, when Nedelia ceased publication. 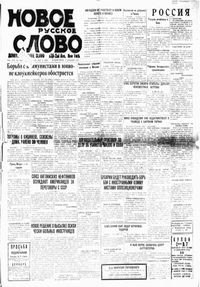 Novoe Russkoe Slovo Digital Archive - Among the most significant emigre publications in America, Novoe Russkoe Slovo (1910-2010) contains a century’s worth of literature, journalism, and cultural criticism from first- and second-generation Russian immigrants. The archive is significantly supplemented by Yale’s own holdings in this area, including the papers of Andrei Sedykh, the NRS’s managing editor in the 1960s and 1970s, which are housed in the Beinecke Library. While the digital archive does not contain the beginning of NRS’s run, the years 1918-2010 are well-represented. It is full-text searchable and has full-page reproductions of each issue. 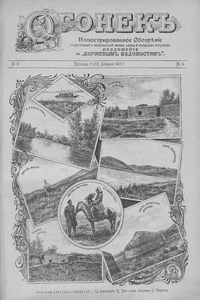 Ogonek (St. Petersburg) Digital Archive - Not to be confused with the Ogonek Digital Archive, which covers the Soviet publication that began in Moscow in 1923, This Ogonek was initally a supplement to the popular newspaper Birzhevye Vedomosti, and it ran from 1899-1918. It produced highbrow literary and journalistic content up until its closure by the nascent Bolshevik regime. The archive is full-text searchable and has full reproductions of the original publications.

Soviet Woman Digital Archive - Established in 1945, this publication aimed at female readers was distributed in multiple languages worldwide and sought to depict a positive image of the Soviet Union and Soviet womanhood. This digital archive of the English language edition provides a much-needed primary source for researchers who don’t read Russian, and the archive’s full text and color reproductions of original issues provide useful sources of information on Soviet life, including social and political issues, art and fashion, and literature.

Please make sure you are connected to Yale’s campus network when exploring these resources, and email me directly at anna.arays@yale.edu with any questions or comments.