Conference Recap: Russia and Asia in the 20th & 21st Centuries 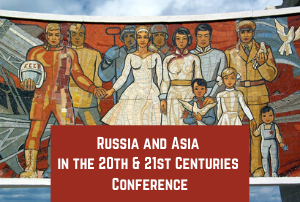 On November 15-16, the REEES Program at the MacMillan Center hosted a conference on Russia and Asia in the 20th and 21st Centuries. The event brought together preeminent historians and specialists from around the world, with presenters traveling to Yale from the Netherlands, Abu Dhabi UAE, the UK, Pakistan, and Russia. The conference addressed the main issues in Russian and Asian history and politics from the 1920s on, with an emphasis on the Cold War era and recent developments.

Yale conference chairs Paul Bushkovitch (Professor of History), Thomas Graham (Senior Fellow, Jackson Institute for Global Affairs), and David Engerman (Professor of History), arranged four panels and a round table across the conference’s two days, covering the following topics: Russia and Asia before 1945; the USSR, Japan, and South Asia; Near East; USSR and China; and Russia and Asia Today. This event was made possible through generous co-sponsorship from the European Studies Council, the Carnegie Corporation, the Edwards J. and Dorothy Clarke Kempf Memorial Fund, and the Council on East Asian Studies.

Day One of the conference began with an opportunity for conference presenters and attendees to meet over coffee in the Luce Common Room, followed by welcome and introductory remarks by Paul Bushkovitch. The first panel featured a number of leading scholars from Yale, including Denise Ho (panel chair), Peter Perdue (discussant), Paul Bushkovitch, and Katerina Clark. They were joined by Alexander Pantsov (Capital University). Within the theme of Russia and Asia before 1945, Dr. Clark shared insights into the role of Soviet Literature in Mao Zedong’s two speeches delivered at the Yan’an Forum on Literature and Art in 1942. Dr. Pantsov discussed Stalin’s impact on the Chinese revolutionary movement, in particular the role of personality in history.

Following lunch, Edyta Bojanowska (Yale) chaired a panel diving into Soviet/Russian relations with East and Southeast Asia. Discussant David Engerman (Yale), Tsuyoshi Hasegawa (UC Santa Barbara), Hari Vasudevan (University of Calcutta, India), and Ali Raza (Lahore University of Management Sciences, Pakistan) offered comments on this topic. Dr. Vasudevan spoke on Soviet external relations and sovereignty in Asia, including the establishment of Indo-Soviet diplomatic ties in 1946-1947, and features of the relationship through 1953. Dr. Hasegawa focused on Russia’s policy toward Japan during the Cold War, and factors that have shaped the nature of relations between the two countries.

Following a coffee break, Day Two began with a keynote speech from Odd Arne Westad, Elihu Professor of History at Yale and premier historian of the Cold War. Dr. Westad made two arguments on the history of international relations and the Cold War: Russia’s role in Asia is probably at its lowest level of the past 100 years (if not more), and when Russia rebuilds its role in Asia, for the first time in a long while, it will accomplish the goal of equal power footing among the two regions. Dr. Westad ended his address by asserting that Russia will find it more comfortable to be an adjunct to Chinese power instead of facing west, and that Russia ought to align its systems with the Chinese (from government, to technology, to engineering).

Valerie Hansen (Yale, Department of History) hosted the day’s first panel. The panel explored different historical moments and movements between Russia and the USSR. Panelists included: Xiaoyuan Liu (University of Virginia), who discussed the 1962 Mongolian Border Demarcation and the dynamics set in place by this historic move, which brought chaos to the Mongolian border; Sergey Radchenko (Cardiff University, UK), who raised the psychological question of motivation to explore the ways China and Russia were both on an expedition for recognition; and Elizabeth McGuire (California State University, East Bay), who discussed her book “Communist Neverland” and the factors in her life that shaped the development of her work and interest in communism.

The final event of the day, a roundtable on Russia and Asia Today moderated by Thomas Graham, inspired the audience’s curiosity and engagement. Dr. Graham kicked off the roundtable by sharing his previous experiences in the US federal government. He stated that national interests are largely self-serving and that this is an interesting archetype to use when discussing national geopolitics. Dimitri Trenin (Carnegie Moscow Center, Russia) was the first speaking member of the roundtable, and discussed the geopolitical repositioning of Russia inward, and not towards Asia. Jeanne Wilson (Wheaton College) noted Russian leadership’s acknowledgement that Asia is the most dynamic region in the world, and discussed the extended and complicated relationship with China. Ivan Safranchuk (MGIMO, Russia; Yale) articulated the disparity between Russian regional policies and global policies, and the necessity of Russian administrations to reconcile regionalization and globalization. Mark Katz (George Mason) discussed the behaviors of Russia’s leaders - notably Putin - and the genial relationships with world governments that Putin has masterfully pursued. This roundtable was met with a flurry of hands and questions, and the moderator and panelists excelled at synthesizing these different perspectives to articulate a common theme. 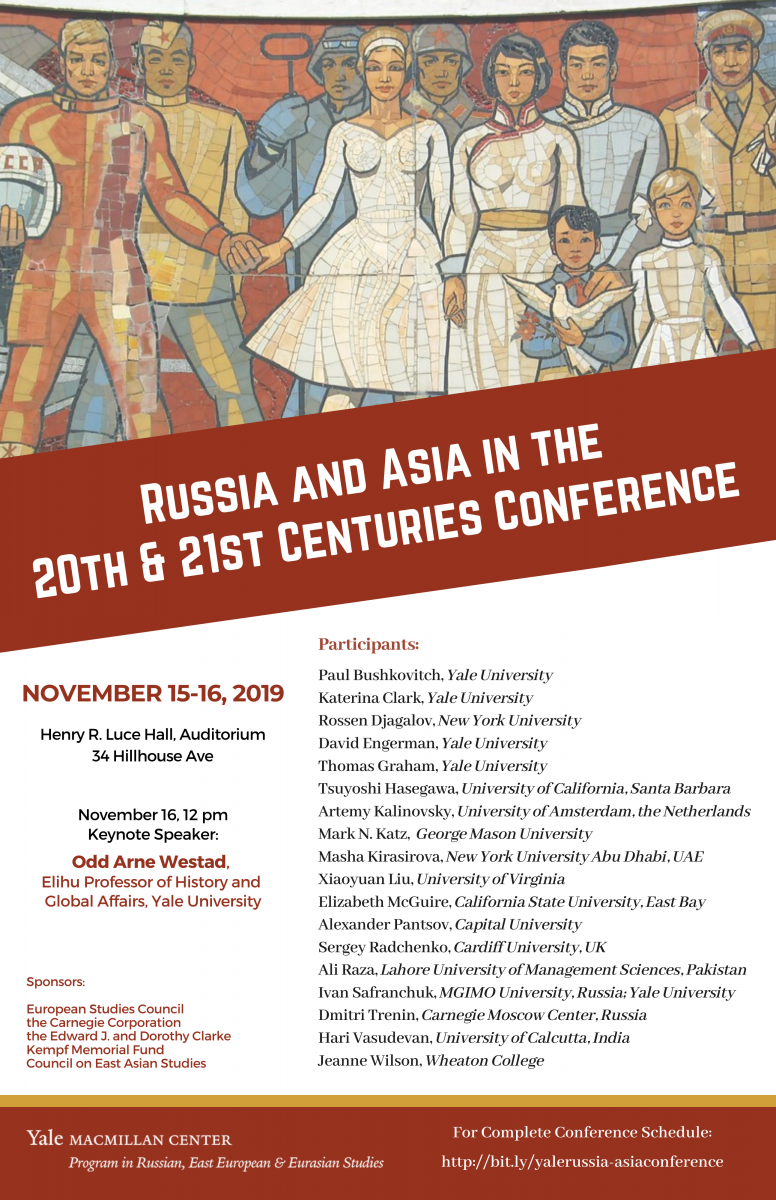