Democracy and Rise of Authoritarianism in COVID-19 World 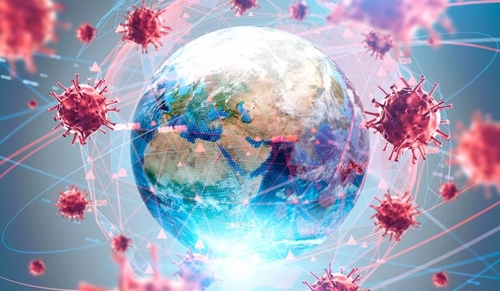 On April 30, several of the MacMillan Center’s councils and the Yale Law School collaborated on a webinar titled “Democracy and Rise of Authoritarianism in COVID-19 World” that aimed to shine a light on the anti-democratic processes that are happening in some countries at the present due to the Covid-19 virus. (view webinar video)

“As COVID-19 has swept through one country after another, leaving death, despair, and economic devastation in its path, it has given rise, in many states, to the increased assertion of authority by political executives—an assertion that, however understandable, given the magnitude of the human, social, and economic impact of the pandemic, nevertheless has, in some states, resulted in an erosion and weakening of democratic norms and practices while, in others, it has reinforced and strengthened their reliance on authoritarian politics,” said David R. Cameron, director of the MacMillan Center’s Program in European Union Studies, and moderator for the panel. “Bringing together scholars with expertise in Latin American, European, Middle Eastern, and Chinese politics, this panel discusses the extent to which and ways in which the COVID-19 pandemic has eroded democratic practices in some states and contributed to a more overtly authoritarian form of politics in other states.”

The following lists the panelists with a recap of their presentations:

Ana De La O, Associate Professor, Political Science highlighted the challenges faced across Latin America, with a focus on Mexico and Central America, which have already begun to see high mortality rates as a result of weak healthcare systems, barriers to regular handwashing, and extreme income inequality. De La O discussed four signs of democratic backsliding during the pandemic and areas that need attention: 1) the Lopez Obrador party’s moves to consolidate executive power in Mexico; 2) the suspension of certain constitutional rights in El Salvador; 3) the importance of monitoring organized crime’s financing activities around upcoming elections; and 4) the importance of protecting the right to demonstrate and protest in a post-COVID world.

Tais Gasparian, Associate Research Scholar, Yale Law School spoke to protests in Brazil to end social distancing and reopen society, examining the authoritarian logic underlying President Bolsonaro’s declaration, “I am the constitution!” and the Bolsonaro government’s inaction and denial of the seriousness of the crisis. She discussed the specific challenges of social distancing in prisons, as well as in favela communities, where people live in extreme poverty, running water is scarce, and crowded living conditions do not allow for physical distancing—and how these conditions may encourage people to exchange their democratic liberties for security.

Vish Sakthivel, Postdoctoral Associate, Council on Middle East Studies remarked on the impact of COVID on social movements and public life under authoritarian regimes, specifically in Algeria. She discussed the ways Algeria’s recent antigovernment protest movement, Hirak, has been reshaped by the pandemic, which has stripped protest movements of their ability to gather in public spaces. In response, Hirak has shifted to mobilizing through online activism and criticism of the authoritarian government’s COVID response, and by morphing into a charitable network and source of public education.

Nahid Siamdoust, Postdoctoral Associate, Program in Iranian Studies spoke on state and society relations in Iran within the context of an ongoing legitimacy crisis and February’s parliamentary elections. Iran did not carry out the same types of lockdown protocol as other authoritarian states, and the crisis became a center of political power struggle between the moderate government and hardliners and revolutionaries, who advocated for stricter measures of crisis response. Siamdoust argued that, in the case of Iran, the strong healthcare system and robust civil society response have had a stronger influence in determining the pandemic outcome—above and beyond state capacity or regime type.

Aniko Szucs, Postdoctoral Associate and Lecturer, Program on Russian, East European, and Eurasian Studies focused on the political events in Hungary during the past few months of the COVID crisis, specifically the Fidesz government’s passage of legislation allowing Prime Minister Viktor Orban to rule by decree for an indefinite period of time and the performative, populist actions Orban has taken to strengthen his image as a paternalistic and authoritative figure. Szucs argued that these actions have allowed Orban to turn his illiberal democracy into a dictatorial regime.

Taisu Zhang, Professor of Law, Yale Law School spoke on China, which he characterized as fully authoritarian both before and following the pandemic. He argued that China’s increasingly centralized bureaucracy was an underlying cause of the two stages of China’s response, the initial government denial and cover up, followed by its extremely effective crisis response. Zhang shared how China has successfully transformed the early outcry at the government’s poor response into a massive public relations win, which may encourage the government to centralize further and to impose greater authoritarian control, despite the potential for negative economic and social consequences.