Documentary filmmaker screening of “Cries from Syria” as a Poynter Fellow 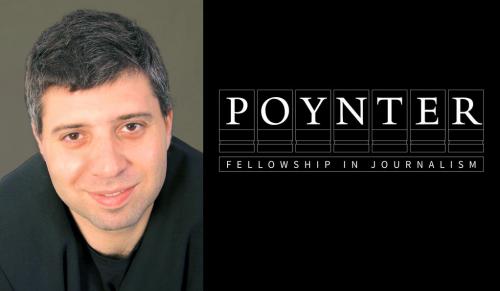 Evgeny Afineevsky, an Oscar- and Emmy-nominated director, writer, and producer, screened his new documentary film “Cries from Syria” on Wednesday, Oct. 25 as a Poynter Fellow in Journalism.

The screening took place at 7 p.m. in in the auditorium of Luce Hall, 34 Hillhouse Ave.

Afineevsky’s film career began when he was a teenager, when he won first prize for best documentary in the largest republic in Russia. Over the last three decades he has produced and directed various acclaimed works, including over 30 musicals, plays, television series, and feature films. He is a member of the Academy of Television Arts and Sciences, the Directors Guild of America, and the Academy of Canadian Cinema and Television.

His directorial debut “Oh Vey, My Son is Gay!” collected over 23 awards internationally. He then created and produced the educational documentary “DIVORCE: A Journey through the Kids’ Eyes” in 2014. It received several awards and widespread praise in the U.S. film festival circuit.

In 2013, Afineevsky spent time in Ukraine after heading to Kyiv to film the protests in the capital. The ensuing unrest forced him to remain there, and led to the creation of his most acclaimed film, 2015’s “Winter on Fire.” This film documents the uprising in Ukraine, and received the People’s Choice Award for best documentary from the Toronto International Film Festival and was nominated for an Academy Award.

“Cries from Syria” examines the historical background of the civil war in that country and the ensuing humanitarian crisis, and features  interviews with freedom fighters, activists, journalists, defected military soldiers, and refugees, including children, as well as footage shot by Syrian civilians.

The Poynter Fellowship in Journalism was established by Nelson Poynter, who received his master’s degree in 1927 from Yale. The fellowship brings to campus journalists from a wide variety of outlets who have made significant contributions to their field. Among recent Poynter fellows are Elizabeth Kolbert and Jack Ewing.