Event Recap: Maija Spurina on the Politics of Holocaust Memory in Post-Soviet Latvia 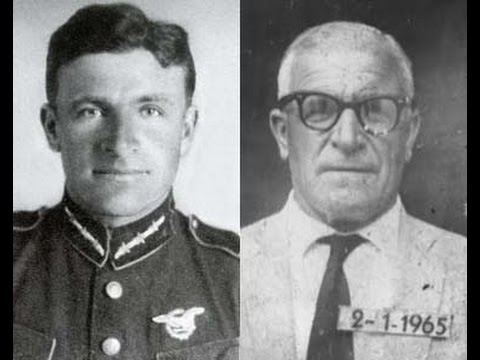 Maija Spurina, the Fall 2018 Juris Padegs Postdoctoral Associate in European Studies, delivered a lecture on the memory of the Holocaust in post-Soviet Latvia on December 4, 2018.

The event, hosted by the Baltic Studies Program of the European Studies Council at the MacMillan Center, was titled “Truth, Politics and memory of the Holocaust in post-Soviet Latvia: Herbert Cukurs- a war criminal, a national hero, or a martyr?” In her talk, Dr. Spurina used the case study of a 2014 musical about Herbert Cukurs — a Latvian aviator, and, later, a member of the Nazi Latvian Auxiliary Security Police, or Arajs Kommando — to explore how the Latvian national narrative surrounding the Holocaust was crafted after the end of the Soviet regime.

Herbert Cukurs, Dr. Spurina said, is the most-frequently named Latvian Nazi collaborator in witness testimonies and memoirs, many of which associate him with the rape, mutilation and murder of thousands of people, including babies. However, the musical about Cukurs was not intended as an exploration into Latvian collaboration in the Holocaust. It was instead, according to Dr. Spurina, a biopic which explored Cukurs’ contributions to the field of aviation and glorified him as a national hero.

“The musical was sold out and many shows received standing ovations,” Dr. Spurina said.
“Two-thirds of the musical was about pre-war Latvia, and [Cukurs’] adventures. The second part was about World War II. It briefly touched on the Holocaust but only in one scene which showed [Cukurs] saving a Jewish kid.”

According to Dr. Spurina, Russian political activists organized protests against the musical, accusing it of glorifying Nazism. Meanwhile, she said, the Latvian production team responsible for the musical tried to justify its decision throughout the year.

“I interviewed [the production team] and it was clear that they were shocked about the reaction,” Dr. Spurina said.

She added that when researching Cukurs, the producers focused primarily on a book based on Cukurs’ own testimony and interviews with his family called “Let me Speak!”

“It’ a very messy account which basically just states Cukurs’ position, that he is not guilty of anything,” Dr. Spurina said.

In conclusion, Dr. Spurina argued that the musical brought to the surface divergent narratives of the past, essentially serving as a crack in the political narrative. According to Dr. Spurina, the debate over Herbert Cukurs pit two politically-inclined cultural narratives against each other. One, which was touted by the musical’s production team, is rooted in the ethno-nationalist Latvian political narrative, while the other is the anti-fascist narrative popular among Latvian Russians.

“The memory of the Holocaust is polarized along ethnic-linguistic lines,” she said. “There is Russian language discourse where the mentioning of Arajs Kommando is very alarming and triggers associations with the Holocaust. And then there is Latvian language where people don’t know about the Holocaust. They might have heard about Arajs Kommando but it doesn’t trigger associations with something horrific or something they should be alarmed out. And this is despite consistent state policy and historiography. Awareness of the Holocaust among ethnic Latvians, the Latvians who read in Latvians, is dramatically low.”

Still, Dr. Spurina ended on an optimistic note, saying that things have changed since 2014 and that the divide between Russian and Latvian interpretations of the past is becoming more blurred.