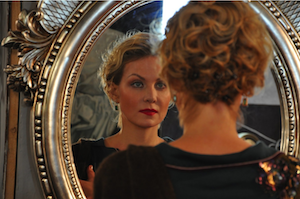 We are proud to present this tribute to Russian-Ukrainian director Kira Muratova (1934-2018), one of the most wildly inventive, acerbic, and unsentimentally humane filmmakers in cinema history. This series, the first US retrospective since Muratova’s death in June, offers a selection of her very hard-to-see films on DCP with English subtitles, provided by the Dovzhenko Center in Kiev.

Strange, shocking, and profoundly affecting, this 1990 masterpiece begins as a black-and-white melodrama about a newly widowed woman and becomes the story of a narcoleptic schoolteacher, a blackly comic portrayal of late Soviet society, and an avant-garde indictment of humanity (including Muratova’s audience). The Asthenic Syndrome remains a relevant and fascinating meditation on grief, cruelty, and the relationship between art and life.

Unwittingly caught in a love triangle, Valia welcomes her husband Maksim’s abandoned lover, Nadia, into her marital home…
Brief Encounters traces points of connection across the lives of three characters from very different walks of life. More than a melodrama of unrequited love and betrayal, Muratova beautifully renders the complexity of life within relationships, doomed to exist in a constant state of deferral.

One of Kira Muratova’s earliest films, The Long Farewell tells the story of the relationship between a single mother, Evgenia, and her teenage son, Sasha. The farewell of the film’s title not only anticipates the painful separation of Evgenia and her son, but also articulates the protagonist’s struggle to renegotiate parts of her identity deeply rooted in her role as a mother.

In her first color film, Muratova presents a world caught between aesthetics and sentiment. Set against the backdrop of a late-Soviet construction site, Lyuba, Misha, and Kolya attempt to navigate personal relationships, work, and love in the hope of attaining genuine happiness.

What if a director “eternally” returned to the same plot or even the same script? In her final film, Muratova explores the potentials of filming a single script through directing it in a number of different contexts using eight of Russia and Ukraine’s most celebrated actors, including Renata Litvinova (pictured above) and the late Oleg Tabakov.