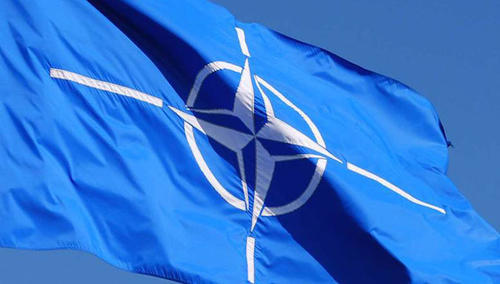 The following article written by Bruce Ackerman, Sterling Professor of Law and Political Science at Yale and a Commander of the Order of Merit of the French Republic, appeared in Le Monde on December 18 (English translation):

The Democrats’ recent electoral victories will have a paradoxical effect on America’s relationship to Europe. Even if the Democratic House of Representatives doesn’t impeach Trump, it will certainly constantly embarrass him by investigating a host of questionable activities – from his personal avoidance of income taxes to his lawless campaigns against immigrants. These revelations will in turn lead Trump to attack his domestic critics as un-American and lashing out at foreign “enemies.”

Europe will be at the center of this demonization campaign.  As his past actions eloquently demonstrate, Trump is no friend of democracy in Europe. The only leaders he truly embraces are strongmen like Orban and Kaczynski. Despite his pretensions as a super-negotiator, his antipathy to the EU will make mutually advantageous economic agreements virtually impossible. In any event, Trump is far more interested in combatting China’s rise in Asia, and power-plays in the Middle East. So Europe is his obvious target in his efforts to divert the media from the on-going exposes by the Democratic House.

As a consequence, it will be tempting for Europeans to ignore the steady stream of abuse, and wait for the American elections of 2020 before taking serious steps to improve trans-Atlantic relations. It is true, of course, that these voting results will indeed be crucial: if Trump manages to win reelection, this will indeed mark the end of the European-American alliance which has served as a foundation for constitutional democracy since World War II.

Nevertheless, if Trump is indeed repudiated by the voters, there are concrete measures that France, and other major powers, should take now which will greatly assist the next Democratic Administration in the reconstruction of America’s bonds with Europe.

A crucial issue will revolve around the future of Nato. Article Five of the treaty famously commits the United States to defend any member against acts of aggression. But this commitment is not unconditional. Instead, the pledge of mutual defense applies only when it will “achieve the objectives of this Treaty,” which expressly requires NATO members “to safeguard the principles of democracy, individual liberty and the rule of law.”

Indeed, Trump himself has already refused to honor his treaty obligations in his dealings with Erdogan’s Turkey.  He has not only refused help Turkey respond to attacks by Kurdish insurgents; he has provided military assistance to their rebel government which has installed itself across the border in Syria. Trump’s actions speak louder than words: By treating Turkey as an enemy, Trump has “suspended” the Nato guarantee.

This proviso will put the new Democratic president in a distinctive predicament upon taking office. So long as Turkey remains an autocracy, it will be in breach of its obligation “to safeguard the principles of liberty and the rule of law,” and the new Administration will have no choice but to suspend the country’s Article Five guarantee until the country returns to the democratic path.

But the real dilemma for Europe will come when the president considers the claims of Hungary and Poland to Nato protections. Orban conduct is so Trump-like that no Democratic president will reaffirm Article Five so long as he proudly leads his country towards “illiberal democracy.”

This makes the status of Poland crucial.  If the American Administration suggests any hesitation about its Article Five status, this will invite Putin to take military advantage of such uncertainties – gravely threatening the security of all of Europe. Yet, Kaczynski’s push toward autocracy is very real indeed.

Nevertheless, it is a serious mistake to treat Poland as Hungary’s equivalent. While Orban has the support of a strong majority of voters, Kaczynski’s Law and Justice party won only 38% of the votes in the parliamentary elections of 2015. He gained 52% of the seats in the Sejm because the Left split into two political factions and each of the two groups narrowly failed to gain enough votes to satisfy the threshold required for representation in parliament. If the two Left parties had formed a single coalition, Kaczynski would not be in power today. Overall, almost 20 percent of votes were cast for slates that failed to meet the threshold.

Moreover, Law and Justice suffered a set-back in this month’s elections for provincial assemblies and mayoral offices throughout the country.  Kaczynski’s Law and Justice only 34% of the vote, while pro-democracy parties gained 40%. During the coming year, the crucial test will come in Poland’s parliamentary elections in September. If Kaczynski is swept out of office in 2019, this will make it possible for the new American Administration to reaffirm its Nato guarantee if Trump is swept out of office in 2020.

France and other key actors in the EU have yet to take this key point into account in their dealings with Poland. As they well understand, the EU’s annual 14 billion euro subsidy to Poland provides it with a powerful tool against the Kaczynski regime – which it has nonetheless refused to use as an effective sanction. Yet the recent elections in America should lead them to reconsider. It is too late to cut off funds for 2018. But Macron and others should make it clear that, if Law and Justice remains in power after 2019, Poland faces the serious prospect of a fund cut-off.

This is precisely the kind of support that will help propel the pro-democracy movement to victory in September. And this, in turn, is precisely the result required to enable a new Administration in Washington to reaffirm its Nato commitment to defend Europe’s Eastern frontier if and when the Democrats win the elections the following year.