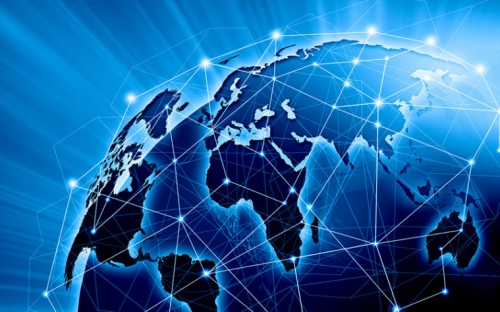 With discussions of net neutrality and the dissemination of fake news at the fore, two Yale professors, Marta Figlerowicz and Marijeta Bozovic, are leading a new learning and teaching initiative at Yale to explore in greater depth how the internet affects society and culture.

As part of the initiative, Bozovic and Figlerowicz started an “Internet Cultures” working group through the Whitney Humanities Center last fall, which has hosted various conversations, lectures and a symposium in December for faculty members, graduate students and undergraduates. This semester, Bozovic and Figlerowicz are teaching the first iteration of their new undergraduate lecture course, “Internet Cultures, Histories, Networks, and Practices.”

The multidisciplinary initiative focuses on how to best study and teach the histories, networks and practices of the internet, a topic they say has gone underexplored within the humanities in both research and teaching.

“We live using the internet constantly, but the more I learned about it from my own research the more I realized that that we as academic communities don’t know enough or talk enough about the history of the internet, especially to undergraduates,” Figlerowicz said.

On Tuesday, over 100 students shopped the course’s first class of the semester, according to Bozovic. Bozovic, who only expected 40 people to attend because the class is new, said the high attendance was indicative of the widespread interest in learning about “something as exciting and as global as the internet in a deeper, course-based way.”

Because topics related to internet cultures cover a wide range of disciplines and areas of study, Bozovic expressed excitement that there was an approximately equal distribution of students across the humanities, social sciences and sciences. The course counts as a humanities credit for Yale College’s distributional requirement.

Through the class, Figlerowicz said, she hopes to spark students’ interest in the various dimensions of the internet — a bunch of hard drives working constantly in a room in Silicon Valley, a historical phenomenon, or a medium for new aesthetic forms of creativity.

Originating in the Film and Media Studies program, the course is also cross-listed under Women, Gender and Sexuality Studies, Russian and East European Studies, Literature and English. The course is divided into three units, the first of which covers the origins of the Internet in the Cold War and how ideologies in both the Soviet Union and the U.S. shaped successful and unsuccessful versions of the internet. The second unit will cover network studies and involve sessions in Yale’s Digital Humanities Lab. And the third unit will study the cultural practices of the internet.

As part of the course, Figlerowicz and Bozovic said, students will explore through a comparative lens how different cultures and nations use the internet, with a focus on topics such as “microblogging” in China and the intranet in North Korea. Figlerowicz said that people tend to think of the internet as a “huge space” that is completely accessible. But the majority of people at Yale will only access a tiny fraction of it in the form of the “Anglophone internet.”

“We want students to think about both the internet’s genuine potential as a force of globalization but also the limit of how much of the internet we see in our everyday lives and the moments of breakdown when it becomes inaccessible or unintelligible,” Figlerowicz said.

Megan Race GRD ’18, a teaching fellow for the course and a graduate student in the Slavic department, said that students will benefit from thinking about the internet from a humanistic perspective as a “cultural artifact.”

“The critical thinking about the internet and its various cultures that the working group and the course intend to foster ideally gives perspective into what this thing, the Internet, does to us, and not just how it is made or how it develops as technology changes over time,” Race said. “As a man-made thing, the internet is in its largest sense a reflection of the insanely multifaceted human culture that created it.”