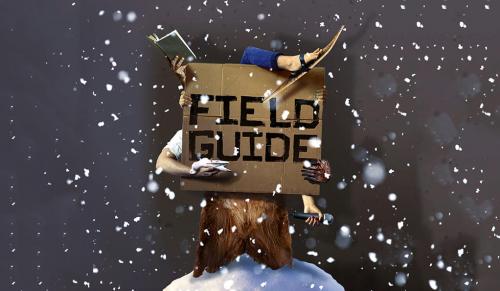 The Yale Repertory Theatre will present the world premiere of “Field Guide,” created by Rude Mechs and inspired by “The Brothers Karamazov” by Fyodor Dostoevsky, Jan. 26-Feb. 17. Opening night is Feb. 1.

“Strap on your snow shoes and join Rude Mechs on a surreal hike through one of the greatest—and longest! — novels ever written: ‘The Brothers Karamazov,’” says a description provided by the organizers. It continues: “A physical meditation on Dostoevsky’s masterpiece, ‘Field Guide’ enlists stand-up comedy, a dancing monk, and some old-school magic to explore faith, meaning, and morality.”

Rude Mechs is an Austin, Texas, based theater collective that has created a genre-averse slate of about 30 new plays since 1996. The group tours its original work nationally and abroad; maintains Rude Studios, a suite of studios in Austin for use by arts groups of every discipline; manages a scenic lending library; and runs a year-round arts education program for teens. Touring productions include “The Method Gun,” “I’ve Never Been So Happy,” “Get Your War On,” “How Late It Was, How Late,” “Cherrywood,” “Lipstick Traces,” “Match-Play,” “Now Now Oh Now,” and “Stop Hitting Yourself.”