A pioneering study of political graffiti 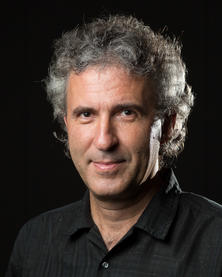 Despite the increasing global digitization, graffiti remains widespread and popular, providing with a few words or images a vivid visual indication of cultural conditions, social dynamics and power structures in a society, and provoking a variety of reactions. Mitja Velikonja, who is here at Yale as a visiting professor in the Russian, East European, & Eurasian Studies Program, talks about his book, Post-Socialist Political Graffiti in the Balkans and Central Europe (Routledge, 2019), with the MacMillan Center.

In your book, you say that “nobody takes graffiti and street art seriously, although it flowers practically all over the world.” How did you become interested in it and what led you to study it?

In my academic career and in general, I have always been interested in marginal cultural production, radical creativity, discriminated groups and emancipatory practices, and graffiti and street art comprise all these. For mainstream scholars, this topic is too mundane, too trivial to be considered with the same academic rigor as other cultural phenomena. Until few decades ago, it was the same with other “profane” features of culture, like fashion, food, sports, and humor. Social sciences and humanities needed—and still need—“social and cultural turn” to everything that is overlooked, silenced, or dismissed.

How did you do the research for the book? 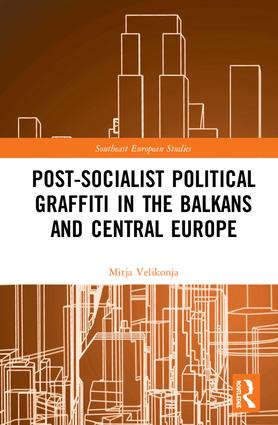 On one side, with systematic fieldwork over the last two decades. I have taken photos of graffiti and street art in four continents and I have about 25,000 of them in my archive. I have attended and participated in different graffiti events, met and interviewed graffiti writers, as well as follow this creativity on websites and social media. On the other side, I realized that there are almost no comprehensive studies about this vibrant subculture, especially when it comes to theoretical backgrounds and methodological approaches. Only in the last few years, some excellent books appeared, as well as articles. The study of graffiti must start from the beginning.

Why is it important to research and analyze graffiti and street art?

Throughout the history people illegally wrote, draw, painted, scratched, glued, etc., on public surfaces—mostly things that could not be expressed in conventional media. Graffiti are not para-art, but counter-art: every graffiti is a little transgression, a little revolt for the simple reason that it should not be there. The shortest definition of graffiti is image of dissent—no matter whether an aesthetic or a political, what really matters is dissent, disagreement. That’s why we have to train our eyes to notice and train our mind to understand “what walls say” in our urbanscapes around the world.

Who is doing the graffiti and to whom is it directed?

In general, graffiti and street art can be divided in two large groups: the subcultural ones, with emphasis on aesthetic expressivity and artistic craftmanship, and the political ones, which are just another way to express political opinion or agenda. The former poeticize streets, and the latter politicize them. In both cases, graffiti writers take liberties that no one gives them, for their aesthetic creativity or for their political purposes. When it comes to public, we find an interesting paradox: graffiti are out there, literally everywhere, but rarely anyone sees them, like in that old phrase “you have eyes but fail to see.” Being a counter-art, most people consider them just as “vandalism” that should be confronted with all means possible.

What are some of the types, styles, and techniques of graffiti and street art that you found?

Researching graffiti is never boring: there is always something interesting, someone new around! I understand graffiti as two-dimensional illegal visual expressions conveying a message in close connection with the public space in which it is created. Its main types and techniques are: tag (a writer’s nickname in the form of a logo), piece (short for masterpiece; a complex and multicoloured graffiti), throw-up (a quickly done graffiti composed of stylised lettering), burner (either an elaborate graffiti or a quick two-tone graffiti), rooftop (graffiti created on higher parts of a building), end-to-end (covering the entire length of a train car or an entire wall), character (a caricatured

character from popular culture or a letter, created in a recognisable way), wall of fame (featuring the most elaborate graffiti of a wider circle of artists, as well as the local graffiti scene), battle (graffiti war on the walls), in a technical sense also a mural (a generally legal painting of larger parts of buildings), and the list goes on and on. Street art developed later and is often referred to as post-graffiti art. It provides the two spatial dimensions with a third one, on or in the surface. The most well-known types are stencils, stickers , posters (printed or unique), public installations, different visual interventions (mosaics, wood engravings, various three-dimensional objects, illegal statues or reliefs), scratchiti and scribbles in public spaces (trains or buses, school desks, benches, etc.), latrinalia, arborglyphs, petroglyphs, hobo graffiti (on trains), cuneiform, chalkart , cut-outs, paste-ups (images cut-out from paper and painted, then pasted on public surfaces), lock ons (installations chained to public objects), yarn bombing (graffiti knitting), ad busting (critical and/or witty comments on posters), and various other forms of visual interventions on any given surface (scratching, punching holes, chiselling, burning out, hollowing out, leaving prints or writing in freshly poured concrete, etc.). Visual street creativity has no limits. New and new techniques and types are being added literally daily.

In one of your case studies, you photographed moe than 60 graffiti, stickers, stencils, inscriptions, installations, etc., in the public places of Slovenian towns that include a motif of Mt. Triglav. What does that graffiti mean?

To fully understand graffiti, we need to know their cultural, political, and social backgrounds. Slovenians, a small South-Slavic nation, consider themselves as a nation decisively shaped by the Alpine culture, and symbol of that is the highest peak in Slovenian Alps, Mt. Triglav, a mountain with three peaks, “three heads.” This is a classic example of the “naturalization of politics”: a national symbol seems not to be politically constructed, but given by nature, essentialized. As Roland Barthes (a French literary theorist, philosopher, critic, and semiotician) taught us, naturalization is the most efficient form of political mythology, because it performs as non-political. It inscribes politics into nature. This is the reason why this symbol is repeatedly appropriated by different political groups in Slovenia: from radical left ones (Mt. Triglav was one of the partisan symbols during World War II) to right-wingers and extreme nationalists.

There is a growing body of literature focusing on (sub)cultural studies in the contemporary Balkans. How does your book contribute to that body of knowledge?

Most of the academic work about the Balkans in the last decades focus on dramatic events in the nineties, especially on wars in ex-Yugoslavia, and its present-day semi-peripheral position. Balkan societies are today decisively shaped by two leading ideologies and praxes—neoliberalism and ethno-nationalism—with all their destructive consequences. But there are so many other forgotten and neglected aspects of the Balkans that should be considered with equal academic scrutiny, such as gender dynamics, class structures, history of youth, cultural and sexual minorities issues, constant migration, tradition of resistance and emancipatory movements. It is more than symptomatic that all these topics are very much represented in the Balkan political graffiti, proving that graffiti are also, in words of anthropologist James C. Scott, “weapon of the weak.”

You have been referred to as a cultural graphologist and an inventor of a new interdisciplinary science called “graffitology.” What are your next steps and what does the future holds for graffitology as a discipline?

Scientific research of graffiti and street art is in its beginning. Although I see it as a dynamic interdisciplinary study that combines subcultural and sub-political studies, visual cultural studies, urban studies, art history, and critique of ideology. It must develop its basic theoretical and methodological arsenal. Only after that can we properly approach these “urban frescoes” that are persistently displayed all around us. It would be fantastic to create a global network of researchers of graffiti to compare this creativity, to investigate their similarities and differences, epicentres and reaches, innovations and upgrades, authors and audiences, potentials and reaches. And to popularize what was clear to Parisian situationists already in 1968: that “la beauté est dans la rue/beauty is in the street.”

Find more information about Mitja Velikonja and his book, Post-Socialist Political Graffiti in the Balkans and Central Europe.

Here are some examples of the graffiti that Mitja Velikonja has photographed.