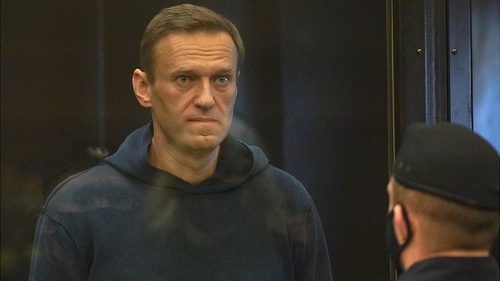 On January 17, Alexei Navalny, the foremost opposition activist in Russia and perpetual thorn in the side of President Vladimir Putin, returned to Moscow from Berlin after having been treated for, and recovering from, being poisoned in August with Novichok, a deadly chemical nerve agent, while campaigning in Tomsk for local elections. He was poisoned by an eight-man team of officers of the Russian Security Service (FSB), the successor of the domestic branch of the Soviet-era KGB, on orders that came from the highest levels of the Kremlin.

Landing at Sheremetyevo, Navalny was immediately detained by police while going through passport control and, at a hearing the next day, was remanded in custody for 30 days pending a court appearance for failing to appear periodically for meetings as required when his 3½ year sentence following his 2014 conviction for embezzlement was suspended. The European Court of Human Rights later determined the conviction was politically motivated.

In a video that was recorded after he was remanded to custody, Navalny called upon his supporters to go out in protest on Saturday, January 23. Saying that protest rallies are what the authorities “fear the most,” he told them: “Don’t be scared. Come out on the streets: not for me but for yourselves and your future.” Fueled by his detention as well as by his words and a widely-viewed video report he and his associates had made about a $1.3 billion palace in Gelendzhik overlooking the Black Sea that had been built for Putin by his oligarch friends, they came out, despite the bitter cold, in large numbers in more than 100 cities from St. Petersburg to Vladivostok. Police in Moscow estimated that 4,000 came out but independent news sources said there were ten times as many. They were met, predictably, by large numbers of police, wielding clubs, batons, and other weapons. Several thousand—more than 4,000 according to one independent monitor—were arrested.

Taking a leaf from the repeated demonstrations in Minsk after the rigged presidential election in Belarus in August and using various messaging techniques, his supporters called for more protests this past Sunday in anticipation of Navalny’s court hearing on Tuesday, and tens of thousands of supporters came out again in more than 100 cities across the country. And they were met, again, by waves of police using batons, clubs, tasers, and other weapons to beat back the protesters. Countless numbers were injured and, according to the OVD-Info group that has monitored the protests, more than 5,000 were arrested—more than 1,000 in Moscow alone, another 800 in St. Petersburg, and large numbers in Ekaterinburg, Novosibirsk, Vladivostok and other cities as well.

In yesterday’s court hearing, the Federal Penitentiary Service, claiming Navalny had failed to appear periodically after his 2014 sentence was suspended—being in a coma because of having been poisoned by Novichok evidently isn’t a sufficient reason for missing a meeting—asked for his original 3½-year sentence to be reimposed. The judge did so, subtracting the ten months he had spent under house arrest prior to having the original sentence suspended, which means he faces two years and eight months in prison. Some supporters gathered outside the court after the verdict yesterday but were met and overwhelmed by large numbers of riot police, who arrested more than 300 people.

Addressing the court yesterday, Navalny said, “This is how it works: they send one to jail to intimidate millions.” Speaking of the poisoning, he said, “Using the FSB, Putin attempted to commit murder. I’m not the only one—many know this already and many others will. And this is driving the thieving little man in the bunker crazy. No matter how much he tries to look like a geopolitician, he took offence at me because he will go down in history as a poisoner.”

There can be no doubt whatsoever that Navalny was poisoned by the FSB. Indeed, in December, in a quite remarkable hour-long telephone conversation that was recorded and later made public between Navalny and a member of the eight-man FSB team that poisoned him in which Navalny pretended to be an official who was preparing a report for Nikolai Patrushev, the Secretary of the Security Council and, as such, the person who oversees all Russian intelligence and security operations, on why the poisoning failed, the FSB agent described in detail how the team had poisoned Navalny, including where on his clothing they had placed the Novichok.

On January 25, after the first meeting of the new year of the EU’s Foreign Affairs Council, Josep Borrell, the High Representative for Foreign Affairs and Security Policy, said the Council “considered the arrest of Navalny and crackdown on supporters completely unacceptable, condemned the mass detentions and police brutality over the weekend. We call on Russia to release Mr. Navalny and those detained.” He also said that he had informed the Council of his intention to visit Moscow, in response to a long-standing invitation from Foreign Minister Sergei Lavrov, in the first week of February. The visit, he said, would be “a good opportunity to discuss with my Russian counterpart all relevant issues, to pass clear messages on the current situation and on the contentious topics of rights and freedoms. And also to have a strategic discussion on our relations with Russia, since in March the European Council is going to have a session devoted to this relationship.”

Yesterday, after the Russian court’s decision, Borrell called on Russia again to release Navalny and to do so immediately, tweeting, “The sentencing of Alexei Navalny runs counter (to) Russia’s international commitments on rule of law & fundamental freedoms. It goes against the verdict of ECHR [European Court of Human Rights] which ruled this case arbitrary and unreasonable. I call for his immediate release.” Borrell will have an opportunity to make that case in person. Tomorrow he is scheduled to fly to Moscow. Hopefully, he will make it clear that there are many in the EU, and elsewhere, who believe the EU must do much more than impose inconsequential asset freezes and travel bans on a handful of individuals—and that the EU will do so unless Navalny is freed.

David R. Cameron is a professor of political science and the director of the MacMillan Center’s Program in European Union Studies.