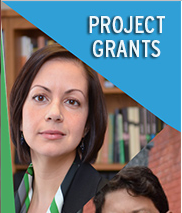 This highly collaborative experimental seminar open to graduate students and advanced undergraduates has two primary objectives: to familiarize students with the work of some of the most influential Russian artists, writers, and thinkers of the twentieth century; and to introduce students to new ways of conducting and presenting research, using digital tools.

The flow of persons, texts, and ideas from the Soviet Union influenced the dynamics of American culture during the Cold War, through institutions, academic practices, theoretical approaches and methodologies, and cultural forums—from the Harvard Slavic Department to the New Yorker. In this course, we foreground the continuity of Russian formalism, structuralism, semiotics, and discourse theory with digital humanities work entering critical discussions today. We explore the close relationship between avant-garde aesthetics and formalist theory, and the dissemination and evolution of interpretive practices through emigration. How have these networks shaped our own education, training, tastes, and biases as scholars, as well as those of communities outside of academia? How do they shift over time? And how might all of the above be reimagined—indeed, how are they already being reshaped—in the digital age, given the technological, socioeconomic, and political present? The seminar frequently meets in the Beinecke archives and in the DH Lab in Sterling Library.