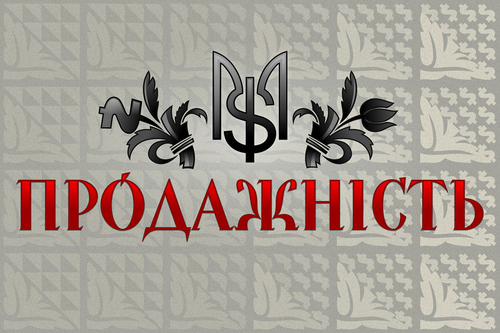 The following article written by Marci Shore, an associate professor of history at Yale, appeared in the October 12 issue of Foreign Policy. Professor Shore is the author of “The Taste of Ashes: The Afterlife of Totalitarianism in Eastern Europe.” She is also the author of “The Ukrainian Night: An Intimate History of Revolution.”

The U.S. president has imported ‘prodazhnist,’ Ukraine’s distinctive culture of crookedness, where everyone has a price and politics has no value.

A whistleblower’s report of a July phone call between two television personalities who became heads of state could be the provocation for impeachment that the Mueller report failed to be. The context is this: Ukraine has been fighting a war against Russian-sponsored separatist rebels in the Donbass for over five years. The war has killed about 13,000 people and displaced over a million and a half. A largely impoverished country, Ukraine has been on life support from the West. President Donald Trump froze U.S. aid. He might, perhaps, unfreeze it. In the meantime, surely Ukrainian President Volodymyr Zelensky would do him the favor of investigating a rival clan, the Bidens?

Zelensky is a politically inexperienced comedian who played a schoolteacher-inadvertently-turned-president on a popular television series. This spring, he won the real Ukrainian presidential elections with an extraordinary 73 percent of the vote. He is a wild card, and despite that—or, rather, just for that reason—he is the hope of a country desperate to extricate itself from oligarchy. His election comes five years after a revolution whose slogans included “away with the gangsters.”

The Revolution of Dignity is the name given by Ukrainians to the events of 2013 and 2014 that culminated in a massacre in Kyiv’s central square, the Maidan. Here the full meaning of “dignity” emerges only in opposition to two other words: proizvol and prodazhnost’ in Russian, svavillia and prodazhnist’ in Ukrainian. (Ukraine is a bilingual country.) Proizvol means arbitrariness, in the sense of arbitrary will, caprice, abuse of power. It is the antonym of “rule of law”; it suggests an absence of all legal boundaries.