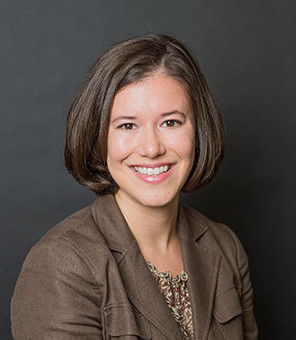 The Mueller probe into Russian election meddling has concluded, but the extent to which the Kremlin’s hackers and social-media trolls eroded voters’ confidence in the U.S. electoral system remains unclear.

Yale political scientist Sarah Bush(link is external) is studying the question as part of a book project examining the influence of foreign actors on voters’ faith in elections in the United States, Tunisia, and Georgia.

“We’re seeking to understand the level of trust that people have in their elections and the role the international community plays in shaping that trust,” said Bush, who is collaborating on the project with Lauren Prather, an assistant professor at the University of California-San Diego School of Global Policy and Strategy. “We’re studying the psychology of voters in the three countries to identify the conditions under which various foreign interventions, including election monitoring and social media disinformation campaigns, promote or undermine trust in democracy.”

The three countries are in various stages of democratic development, noted Bush: The United States is a consolidated democracy with free and fair elections. Tunisia transitioned to democracy following the overthrow of the autocratic regime of Zine El Abidine Ben Ali during the Arab Spring of 2011. Georgia, which endured decades of political turbulence since gaining independence from the Soviet Union in 1991, holds regular elections, but is considered less democratic than either Tunisia or the United States.

In America, the world’s oldest democracy, belief in the fairness of the country’s electoral process was waning before the much-publicized Russian interference in the 2016 presidential election, Bush noted.

“Americans have declining trust in U.S. elections that precedes the last couple of cycles,” said Bush, an associate professor of political science who joined Yale’s faculty in the fall. “Given the increasing concern about the integrity of our elections, we thought it was important to turn our attention to home as well as study conditions in other countries.” 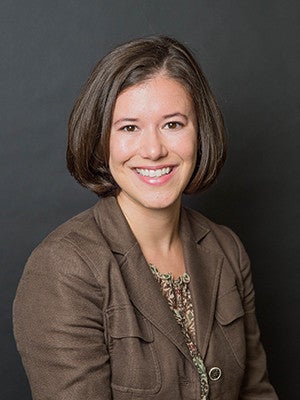 “Different international influences come to bear on elections,” Bush said. “We can classify them according to whether they seek to ensure fairness or unfairly tilt the playing field in favor of a particular candidate or political party. A lot of elections have multiple types of interventions by foreign actors happening at the same time.”

Respondents in Tunisia and Georgia were asked about international, regional, and domestic election monitors — purportedly neutral organizations that seek to evaluate the integrity of elections — as well as the activities of other non-governmental organizations that work to promote democracy.

Americans were asked about Russia’s partisan interference in the 2016 presidential election. While there is no hard evidence of large-scale foreign interventions aimed at swaying election outcomes in Tunisia or Georgia, Bush noted that voters in the former Soviet republic are concerned about Russia, the United States, and the European Union interfering in their country’s elections.

Bush, who previously served on the faculty at Temple University, has focused her research on democracy promotion — the various efforts of industrialized countries and international organizations, including election monitoring, to advance democracy in the developing world.

Her first book, “The Taming of Democracy Assistance: Why Democracy Promotion Does Not Confront Dictators(link is external),” examines why programs that promote democracy have become less confrontational toward authoritarian regimes in recent decades.

Over time, those efforts became less aggressive, focusing on initiatives such as supporting local governments’ efforts to root out corruption or increasing women’s political participation, as well as other ventures that, while potentially worthwhile, do not disturb the status quo, she said.

In the book she describes one example: a program intended to help Jordan’s legislators improve their internal operations and public relations.

“Jordan is a monarchy and its parliament is not a democratic institution,” she said.  “The king can dissolve the parliament at will, so improving its public relations doesn’t seem like something that genuinely promotes democracy there.”

Over the course of her research, Bush discovered that the non-governmental organizations (NGOs) often responsible for implementing democracy assistance programs are incentivized to launch initiatives that secure their access to the countries where they work as well as maintain the funding they rely on from sponsor governments.

“Tamer democracy assistance programs are the result of those incentives,” she said.

The less-confrontational programs can have far-reaching consequences, as authoritarian regimes can co-opt certain programs, such as ones focused on empowering women, to create a veneer of legitimacy, she explained.

Bush is working on book project with Jennifer Hadden, an associate professor in the Department of Government and Politics at the University of Maryland, studying the changing roles of NGOs in world politics.

“NGOs are being founded a lot less often than they used to be,” she said. “The NGO population has stagnated. We suggest that this has to do with resource competition and other environmental factors that influence whether entrepreneurs consider that now is a good moment to found an organization.”

Her interest in studying democracy promotion stems from her very first week as an undergraduate at Northwestern University.

Between college and graduate school, Bush lived in New Haven while working for Americans for Informed Democracy (now AMP Global Youth), an organization focused on engaging U.S. college students about issues regarding the country’s role in the world. The experience sparked her interest in NGOs, she said.“That’s when Sept. 11 happened,” she said. “I became very interested in U.S. foreign policy and global issues. I heard a lot of rhetoric about democracy during college and leading up to the Iraq war, and I wanted to better understand the details of what democracy promotion entails. It was a very informative time for me and sent me down this path.”

Bush received a Ph.D. in politics from Princeton University in 2011. She was a postdoctoral fellow in the International Security Program at the Belfer Center for Science and International Affairs at the Harvard Kennedy School. She said she is pleased to return to the Elm City.

“I love being at Yale,” she said. “Many things make it an attractive place to work, especially the great students who are so smart and passionate about global issues. I have great colleagues and access to excellent resources that make my research possible.”

Article by Mike Cummings for YaleNews.

This article originally(link is external) appeared in YaleNews.