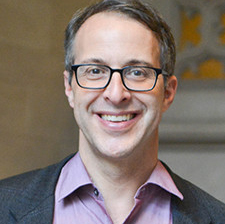 Building on his dual training in American and Russian/Soviet history at the University of California-Berkeley (where he received his Ph.D.), Engerman wrote two books on the place of Russia and the U.S.S.R. in American intellectual and political life: “Modernization from the Other Shore: American Intellectuals and the Romance of Russian Development” and “Know Your Enemy: The Rise and Fall of America’s Soviet Experts.”

Engerman has also written on a variety of topics related to the history of development assistance, including a co-edited volume, “Staging Growth: Modernization, Development and the Global Cold War,” and, most recently, a monograph, “The Price of Aid: The Economic Cold War in India.” This research was also the topic of his presidential address to the Society for Historians of American Foreign Relations in 2016.

Engerman joined the Yale faculty in 2018 after 19 years at Brandeis University, where he served as chair of the history department and the Ottilie Springer Professor. His new research focuses on the geopolitics of international economic inequality in the second half of the 20th century.

Engerman’s research has been supported by grants and fellowships from the American Council of Learned Societies, the American Institute of Indian Studies, the Guggenheim Foundation, the National Council for Eurasian and East European Research, and the National Endowment for the Humanities, among other institutions.