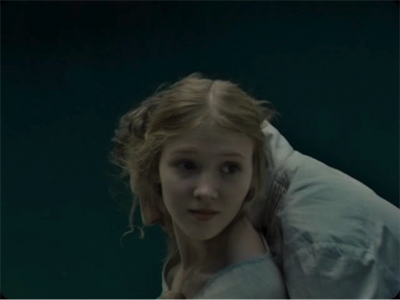 Russian Film at Yale Presents: Body and Soul: The Films of Aleksandr Sokurov

One of the greatest contemporary auteurs, Aleksandr Sokurov has been making art cinema, both fiction and documentary, since the late 1970s. Russian Film at Yale is proud to have gathered together a collection of films – some of them true rarities – for this magnificent program. Visually stunning and formally provocative, Sokurov’s unabashedly sensual work will move, unsettle, and perhaps even transport you. We are also delighted to be able to show several shorts made by Sokurov’s students or with his support. Please join us for this series of events with special guests. All films will be presented with English subtitles.

Sparking critical controversy upon its release, Sokurov’s meditation on power creates a portrait of Adolf Hitler and his coterie holed up in the Bavarian Alps for a retreat in the late spring of 1942.

The second part in Sokurov’s quartet of films concerning 20th-century tyrants, this story is based on the last days of the leader of the Bolshevik Revolution, Vladimir Lenin.

Malika Musaeva is a student of Aleksandr Sokurov’s Workshop at the Kabardino-Balkarian State University in Nalchik.

Over a decade after his masterwork, The Russian Ark (2002), Sokurov’s Francofonia continues the tradition of the director’s “museum films.” Set in the Louvre during the Nazi occupation, this dark companion piece to his 2002 tour de force offers a visually stunning exploration of art and its place in history. The film premiered at the 72nd Venice International Film Festival and received the prestigious Fondazione Mimmo Rotella Award.

In his take on the age-old tale of a man sacrificing his soul to the devil in exchange for knowledge, Sokurov continues his exploration of power started in Moloch and Taurus. With dazzling, constantly moving camera work, a richly textured soundscape, and a meticulously composed mise-en-scene, the film creates a vision of Goethe’s poetic drama unlike anything you’ve ever seen.

Maryana Kalmykova is a student of Aleksandr Sokurov’s Workshop at the Kabardino-Balkarian State University in Nalchik.

Susan Sontag described it as one of the best films of the 90s, and her own personal favorite. Set and shot in the Chekhov Museum, Stone has been described by various critics as “evanescent,” “fugitive,” and “oneiric.” A museum guard one night encounters an older man in the museum whose identity is uncertain. Could he be the famous writer’s ghost? The gorgeous black and white cinematography and carefully crafted soundtrack will leave you breathless.

Tatiana Rakhmanova’s film was made with the support of Aleksandr Sokurov’s Foundation for the Support of Cinema, “Primer Intonatsii.”

As a young medical researcher posted to Soviet Turkmenistan looks into the health effects of religious practice, mysterious and inexplicable forces intervene in his personal quest for truth. This stunningly unconventional adaptation of brothers Arkady and Boris Strugatsky’s Soviet science fiction novella “Billion Years to the End of the World” is arguably Sokurov’s masterpiece.