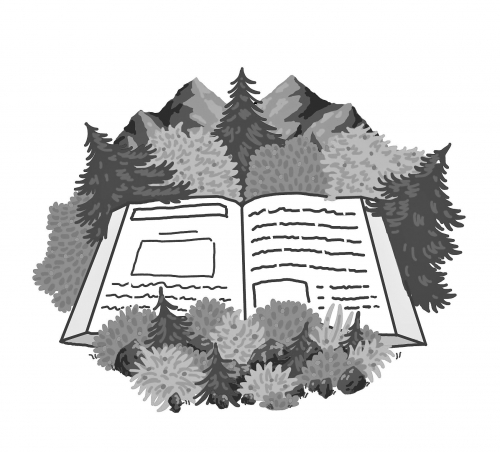 The University launched the Environmental Humanities Initiative this fall, a program that publicizes courses and hosts lectures and conferences that explore environmental issues from an interdisciplinary perspective. The program “aims to deepen our understanding of the ways that culture is intertwined with nature,” according to the initiative’s website.

“[One goal] is to showcase everything that’s going on and tell people what’s happening and, by doing that, to create a stronger community on campus,” said history and American studies professor Paul Sabin ’92. “That will be by talking to each other, learning about what everyone else is doing, challenging each other from different disciplines and coming up with new questions and approaches.”

After receiving the 320 York Humanities Grant — as well as funding from the Yale School of the Environment — last May, Sabin led the effort to set up the initiative. Sabin said many factors made the creation of the Environmental Humanities Initiative opportune, including the large number of faculty in environmental history, the addition of faculty in the English department and literature major, the emergence of the Literature, Arts, and Environment Colloquium and pre-existing initiatives in areas like religious studies and environmental anthropology.

History professor Deborah Coen, a member of the initiative’s steering committee, said there is much to gain from broadening the scope of analysis of environmental issues to include the humanities. Coen stressed the importance of analyzing environmental issues from a broad historical perspective before designing environmental policies today, something her graduate seminar “Science, Environment and Empire” aims to accomplish.

“Philosophy can help to clarify the moral values at stake in environmental debates,” Coen said. “History can show how different ways of organizing society in the past have shaped different relationships between humans and nature, and my own field of science studies can elucidate the epistemological foundations of environmental knowledge.”

History of art professor Jennifer Raab, another member of the steering committee, agreed, adding that the University has outstanding humanities departments that offer various courses that approach environmental issues from a humanistic perspective. The Environmental Humanities Initiative was created to provide a structure that would facilitate further discussion and cooperation.

According to Paul Burow ’22, a graduate student in Anthropology and Environmental Studies and a member of the steering committee, the environmental humanities does not have clear boundaries or a set definition, which gives the initiative a strength among other interdisciplinary programs.

English professor Alan Burdick’s undergraduate course “Writing About the Environment,” for example, teaches students to write on various topics related to the environment, such as places, newsworthy developments or natural scientists.

Ashia Ajani ’19, who is taking the course, said that for the first assignment, students wrote a piece in which they chose an object and placed it in a broader narrative. She said she wrote about the importance of sage in Native American rituals and how it connects to a wider sense of identity, specifically among diaspora populations.

“When you’re talking about difficult subjects like climate change, deforestation, water quality, things like that, [it’s important] to have that narrative and not just throw scientific facts at people, because that only caters to a specific segment of the population,” Ajani said. “So if you have this narrative background — if you have this personal connection to it — it makes it easier for a lot of people to understand why these things are important.”

“Ecology and Russian Culture,” an undergraduate course in the Environmental Humanities Initiative, analyzes Russian literature and visual art through an environment lens. Slavic languages and literatures graduate student Isabel Lane ’2018, who co-teaches the course with associate professor Molly Brunson, said she organizes hands-on activities that would complement students’ understanding of the materials.

For example, students visited the Yale Farm, where Manager of Field Academics Jeremy Oldfield discussed how growing different plants in one area could make them susceptible to disease. This lesson corresponded to a scene in the novel students read in which the protagonist gets a jar of pond water containing a mysterious grub that eats the frogs in the jar, raising the question of what can go wrong when a natural system is altered in proportions.

“Rather than try[ing] to impose interdisciplinarity onto the students, we’re trying to let them bring their own perspectives and questions into the class,” Lane said.

Correction, Oct. 10: A previous version of this story incorrectly stated that the Environmental Humanities Initiative offers course when in fact they publicize Yale’s environmental humanities courses.